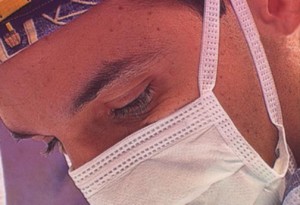 Dr. Niazy Selim’s passion to practice medicine and surgery started at a very early stage in his life. In elementary school, while his peers played, ran around and injured themselves, he carried the first aid kit, and helped clean their wounds, applied band-aids and wiped away their tears.

He worked very hard for many years to fulfill his dream. He wanted to be a surgeon. In Egypt, where he was born, medical school was the most difficult to attend. It was and still is the most elite carrier. The competition was fierce but he was determined. Dr. Selim is one of few gastrointestinal fellowship trained surgeons. With two fellowships training, he paved his way to be one of the experts in the region.

Dr. Niazy Selim is a Fellow of the American College of Surgeons. He is Board Certified in General Surgery. 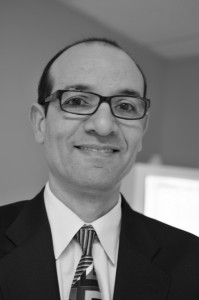 Following a successful and fruitful career in academic surgery and impressed by the heritage and history of the south, Niazy Selim arrived to the State of Louisiana in January 2015 to start his own Private Practice.  Dr. Selim is bringing with him a great experience in Bariatric, Gastrointestinal, Minimally Invasive and Robotic Surgery.

Prior to moving to Louisiana , he was an Associate Professor at the Department of Surgery, University of Kansas.  Also, he was the Medical Director of their Bariatric Surgery Program. He served as the Vice Chair then the Chair of Robotic Committee for more than 3 years

Proud to be an American Citizen, Dr Selim joined the Veteran Administration Hospital, Little Rock, Arkansas in 2003 as Assistant Professor of Gastrointestinal Surgery and the Chief of the Surgical Endoscopy. When he moved to the Kansas City area, he joined the Leavenworth VA hospital where he can continued to serve the veterans with his expertise.

Dr. Selim has contributed to professional publications and has given numerous presentations, focusing on the diseases of Gastrointestinal Tract. He has conducted research on hepatobiliary diseases along with many other types of liver diseases.

To complete the spectrum of his experience, Dr. Selim also has an extensive training and experience in gastrointestinal diagnostic and interventional endoscopy, with a case log of more than one thousand cases to his credit.